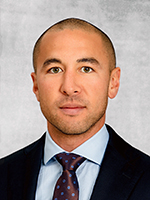 Elias was named the fifth men’s soccer head coach since 1958 in December of 2017. Elias won an NCAA Championship as a player with the Panthers in 2007 and finished his fourth season as the team’s top assistant coach in the fall of 2017.

Since returning to Middlebury in a coaching role, Elias has helped guide the Panthers to the NESCAC Semifinals in four of his five seasons, including an appearance in the 2017 Tournament championship match. During his tenure, he has aided in the development of 19 All-NESCAC players, the 2014 NESCAC Player of the Year, three All-Americans and five Academic All-Americans. In the classroom over the past four years, the Panthers have earned the National Soccer Coaches Association of America (NSCAA) Team Academic award each year, achieving the 10th-highest GPA in the nation across all divisions in 2014.

Prior to working at Middlebury, Elias spent three seasons as the lead assistant and recruiting coordinator at Division I Long Island University-Brooklyn (LIU). While at LIU, Elias helped mentor a member of the Canadian National Team, an Academic All-American, an All-Northeast Region Player and three All-NEC Players.

Following his playing career, Elias engaged in multiple non-profit service ventures. He spent a year living in Kimberley, South Africa, working with Grassroot Soccer. The group is a non-profit organization that uses the power of soccer to educate, inspire and mobilize communities to stop the spread of HIV/AIDS in Africa. Upon returning to the United States, Elias moved to Brooklyn, New York, as a part of the Teach For America program, a national teacher corps of recent college graduates and professionals, who commit to teach in under-resourced public schools. 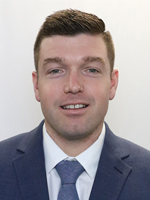 Emmett joined the staff in the spring of 2020 after spending the previous three years as an assistant at Division I Binghamton University.

Following graduation, he was an assistant coach for his alma mater for two years, spending time with both the men's (2015) and women's (2014) programs. During his time with the men, he helped coach six players to all-conference laurels. Emmett spent the 2016-17 season with Lake Erie College where he assisted in leading the Storm to its second-most victories in a single season. The defense ranked in the top-10 nationally in several statistical categories, including shutouts (third), goals-against average (fourth), save percentage (ninth). During this time, he aided in coaching six players to all-conference and all-tournament honors, including the 2016 GLIAC Goalkeeper of the Year.

After his time with the Storm, he spent three seasons at NCAA Division I Binghamton University. Emmett helped mentor nine all-conference selections, as well as, the 2017 America East Rookie of the Year. During his final season, he helped guide the team back into the America East Playoffs. 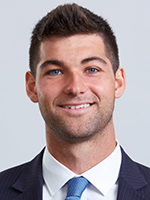 Conrad is in his second year in 2019-20 as an assistant coach for the men's soccer program. He joined the staff after graduating from Middlebury in 2017 with a bachelor’s degree in psychology.

He was named the 2014 NESCAC Player of the Year, just the fourth Panther in program history to garner the league’s top honor. Following that season, Conrad earned Third-Team All-American honors. A four-year member of the Panthers, he was a three-time First-Team All-New England Small College Athletic Conference (NESCAC) selection and garnered National Soccer Coaches Association of America (NSCAA) All-Region accolades in each of his final three seasons. He was a two-time team captain, ending his career on the soccer pitch with 69 points on 27 goals and 15 assists in 64 matches played.

Following the 2016 season, he was selected as an NSCAA Scholar All-American with a 3.48 grade point average.

After graduating from Middlebury, Conrad had a trial with Vikingur Reykjavik in the top league in Iceland before signing with UMF Afturelding in Icelandic Deild 2. From there, he continued the season with UMF Tindastoll in the respective division. In early 2018, Conrad played in a trial game against VFL Bochum (2nd Bundesliga) before signing with DJK Tus Hordel of the Westfalenliga in northwest Germany.

Conrad was also a four-year player on the Panther men's hockey team. 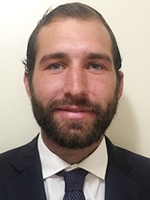 Goss-Woliner is in his first year in 2019-20 as an assistant coach for the men's soccer program. He joined the staff after graduating from Middlebury in 2015 with a bachelor’s degree in psychology.

Goss-Woliner was a four-year member of the men’s soccer program, starting 52 of the 59 matches played during his career. He was a captain as a senior and was named to the NESCAC All-Sportsmanship Team.

Goss-Woliner is currently in his last semester before receiving a Master of Science degree in clinical mental health counseling from the University of Vermont. 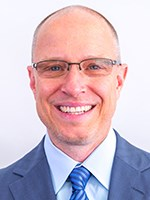 Palmer joined the sports medicine staff in the fall of 2016. He came to Middlebury from the National Hockey League's (NHL) St. Louis Blues, where he has served as an assistant trainer for the previous four seasons.

Palmer has worked for several professional sporting organizations throughout his career. He served as the head trainer for the National Basketball Association's (NBA) Minnesota Timberwolves (1994-2000), New Jersey Devils (2006-07) and an assistant with the Blues (2012-16). Palmer has also worked in professional soccer and tennis, while spending nine years in minor league hockey. In addition, he was employed at the Institute for Athletic Medicine in Minneapolis, Minnesota, from 2007-2009.

Palmer received his bachelor of science degree in physical education/sociology from Excelsior College in 1988, later earning his Masters of Science in exercise science and health promotions from the California University of Pennsylvania in 2015. He is certified by the NATA (ATC-1988), NSCA (CSCS-2002) and NASM (CES-2015) 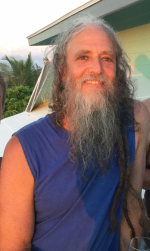 Prem Prakash is on the Middlebury Soccer staff and works weekly with the players on meditation and mindfulness practice. Prem Prakash has served as the Director of the Green Mountain School of Yoga, based in Middlebury, VT, since 1992. He is one of only a few Americans to be  acknowledged as a “Yogi Raj,” a “Master of Yoga,” an honor granted him by The Institute of the Himalayan Tradition, in 2007. In 2008, The Institute honored him with their Annual Award for Service to Humanity.

Prem Prakash has had the good fortune to teach at Middlebury College for over 25 years. During this time, he was worked with a wide variety of varsity sports teams. Prem Prakash is the author of numerous essays and poems, and has five critically acclaimed books in print: The Yoga of Spiritual Devotion, Yoga American Style, Three Paths of Devotion, The Universal Yoga, and Song of the Guru. 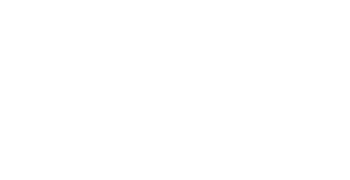